Asake is a Nigerian superstar singer and songwriter. He was born in the South-Western part of Nigeria, and came into limelight after releasing the song, Lady.

Asake was born in the late 1990s(Specific year of birth unknown) to parents who are from the Yoruba tribe. He hails from the Southwestern part of Nigeria.
The talented singer was brought up in Lagos State, this was where he had most of his childhood experience. Asake is in his 20s and is still relatively new in the Nigerian music industry.

Asake hit the limelight with the release of his viral single, Lady which received massive responses from several online media and top celebrities.
Asake went into music at a very young age and started showcasing his talent on social media with numerous freestyle videos. He then came into the limelight when he started acting with Broda Shaggi in Broda Shaggi’s comedy videos but only a few people knew that he was also a singer at the time. His music career started to take off in December 2019 when Broda Shaggi featured him on his song titled ‘Star’. Afterwards , he then had his moment and took advantage of it in January 2020 with the release of the song ‘Lady’. The song went viral online after release and plenty people including celebrities were vibing to it online and offline.

In the same year(2020), Asake released another hit song to his name titled ‘Mr Money’ and that has been his nickname since then. At the beginning of 2022, Asake teamed up with YBNL BOSS Olamide to produce a hit titled ‘Omo Ope’, which became a street anthem.
On the 8th of February, 2022, YBNL Nation boss – Olamide officially welcomed Asake to his record label, YBNL Nation.
YBNL Record Label owner Olamide welcomed the act via Instagram. “Mood
…… @asakemusic welcome to #YBNL” he said.

Asake also however recently featured in the second single to ‘Playboy’ in which he did collaborated with Fireboy and this is titled ‘Bandana’.

Amidst all the fame and recognitions gotten in Nigeria, Asake is set to climb the list of international rankings as he recently joined the American record label and distribution company, Empire. In a post made by label on Twitter, the singer was officially welcomed to the record label. The post sharing the information stated “We’re happy to officially welcome Mr. Money aka @asakemusik to the EMPIRE family.” This is a great feat for the musician and he widely celebrated. 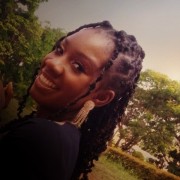