Bukunmi Oluwashina is a soaring actress that has achieved such immense success that some people can only dream of. She is an actress, model, musician, movie scriptwriter, entrepreneur and producer.

The biography of Bukunmi Oluwashina is full of achievements and awards. She is a versatile and talented figure widely known in Nigeria. The popular Nollywood actress produced one of the most trending movies titled ‘Ayomi“(my joy). The movie was shot in July 2014 in Lagos, Nigeria and officially released into the market on the 21st of September, 2015. She came into the limelight right after producing this mind-blowing movie not long after she graduated from Obafemi Awolowo University. Bukunmi came into the limelight as a very young, talented actress. She was also able to partner with Pepsi, AVF and Vivas for the premiere of Ayomi. The movie success was huge that it was unbelievable that she shot the movie as a student at Obafemi Awolowo University.
Bukunmi Oluwashina is known for the emotions she puts into her actions in movies. Some fans have described her as the ”crying actress” because she cries in some of her films.
As a talented writer, Bukunmi Oluwashina has written a few movie scripts, including A Story Like Mine, Ayomi, Oluwere, to mention a few. She has also had the great opportunity to cooperate with renowned Nollywood actors including Aisha Lawal, Gabriel Afolayan, Damola Olatunji, Muyiwa Ademola and many more. Bukunmi is also the brain behind soundtracks used in many Yoruba films. She releases heart-melting soundtracks for her films all alone, which proves her huge talent. Her popularity has landed her several endorsement deals with beauty products. She has also graced the covers of fashion books.

She got married to her longtime boyfriend of 11 years, Ebun, in September 2020, in a ceremony that was kept low key. Bukunmi Oluwasina shared the photos from her wedding ceremony after it was concluded via Instagram. Her husband was sceptical about their relationship after she gained admission into Obafemi Awolowo University as he thought that she would find better men than him on campus. In the long run, it worked out for them They have a daughter together who they welcomed in March this year. The film star also shared how supportive her husband has been of her career, encouraging and helping her to polish stories that have earned her awards.

The actress has done well for herself. As claimed by Aschoolz, her diverse profession and successful career have helped her acquire a total net worth of $800,000. 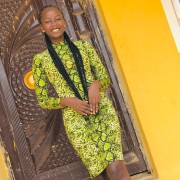