Chimamanda Adichie is an award winning author, writer and a public speaker on pressing issues.

Chimamanda is married to Ivara Esege , a doctor who practices in the USA. They have a daughter together who was born in 2016.

Chimamanda was born in the city of Enugu in Nigeria, while she was growing up, her father, James Nwoye Adichie (1932-2020), worked as a professor of statistics at the University of Nigeria. Her mother, Grace Ifeoma (1942-2021), was the university’s first female registrar. The family lost almost everything during the Nigerian Civil War, including both maternal and paternal grandfathers.

She grew up as the fifth of six children in an Igbo family in the university town of Nsukka in Enugu State. Her father was James Nwoye Adichie (1932-2020),and her mother, Grace Ifeoma (1942-2021), was the university’s first female registrar. Her family’s ancestral village is in Abba in Anambra State.

With no official release by her , her net worth is estimated to be between $1million – $5million.

In 2018, she received an honorary degree, Doctor of Humane Letters, from Amherst College. She received an honorary degree, doctor honoris causa, from the University de Fribourg, Switzerland, in 2019.
She has also been invited numerous times to give speeches on various pressing issues plaguing today’s Modern society, some of which are : Gender inequality, Racism, Politics, Tribal and Cultural differences etc.

Chimamanda’s original and initial inspiration came from Chinua Achebe, after reading his 1958 novel Things Fall Apart, at the age of 10 , she was inspired by seeing her own life represented in the pages. She has also named Buchi Emecheta as a Nigerian literary precursor, on whose death Adichie said: “Buchi Emecheta. We are able to speak because you first spoke. Thank you for your courage. Thank you for your art. Nodu na ndokwa.”

She has published a collection of poems in 1997 (Decisions) and a play (For Love of Biafra) in 1998. Her short story “My Mother, the Crazy African” is another Literary work . In 2002, she was shortlisted for the Caine Prize for African Writing for her short story “You in America”, and her story “That Harmattan Morning” was selected as a joint winner of the 2002 BBC World Service Short Story Awards. In 2003, she won the O. Henry Award for “The American Embassy”, and the David T. Wong International Short Story Prize 2002/2003 (PEN Center Award).

Her stories were also published in Zoetrope: All-Story, and Topic Magazine. Her first novel, Purple Hibiscus (2003), received wide critical acclaim; it was shortlisted for the Orange Prize for Fiction (2004) and was awarded the Commonwealth Writers’ Prize for Best First Book (2005).
Her second novel, Half of a Yellow Sun (2006), named after the flag of the short-lived nation of Biafra, is set before and during the Nigerian Civil War.

Chimamanda has said of Buchi Emecheta’s Destination Biafra (1982): ” It was very important for my research when I was writing Half of a Yellow Sun.” Half of a Yellow Sun received the 2007 Orange Prize for Fiction and the Anisfield-Wolf Book Award. Half of a Yellow Sun was adapted into a film of the same title directed by Biyi Bandele, starring BAFTA award-winner and Academy Award nominee Chiwetel Ejiofor and BAFTA winner Thandiwe Newton, and was released in 2014.

She has spoken about the problems racism and sexism have caused and are still causing in modern day society. She has also sensitized the public through speaking and her literary work , how they have both affected her personally in her life. How one of literary work while still in college was assumed to be the work of a non- African person, how she dressed up like a man when she wanted to be taken seriously in one of her workshops , acclamitizing to the cultural shock of being recognized as a ‘black’ person in USA having come from a racially homogeneous background etc.
In her own words, ‘I wasn’t black until I came to America, I became black in America’. 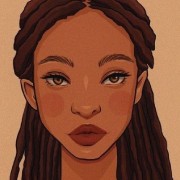