Children: None as of yet

Favourite phrase: “It’s your boy Baskii Fosh, I’m the best one that’s rapping. Ain’t nobody really topping me”
Look out for this phrase in all his songs.

Ovieroghene was born in Asaba, a town in Delta state to a family of musically inclined people. Every member of his family had interests in music and although none of them, except Ovieroghene, commercialized their interests in that line, this connection they all shared would later prove helpful to the rap king. Baskii Fosh was made a choirmaster of his church at the age of six which is quite an achievement for someone of that age.

He has always loved music but only discovered his talent in rap at the age of ten, through one of his sisters, Kevwe. She was constantly motivating him and encouraging him to watch and listen to other major rap stars of the time and all these are what led to him finding his purpose in music.

Ovieroghene Okagbare was born on the 8th of March, 2000 to the Okagbare family. He was born into a family of five as the last born and only son of three children.

After leaving secondary school in 2016, Baskii Fosh proceeded to obtain a diploma program known as JUPEB and gained admission into 200 level to study Systems Engineering at the University of Lagos. He however deferred because of his passion for music and took a diploma program, JUPEB at Obafemi Awolowo University Center for Distance Learning. After the program in 2020, Baskii gained admission into 200 level to study Music at Babcock University. He is currently studying at the school.

Ovieroghene’s passion for music has always been since he was a young boy but his music career sort of started after the diploma program he took at the University of Lagos. There was a party organized for the students where prizes and awards would be given to the best students as well as best rapper, best dressed and the likes. He got dressed ready to win the best-dressed award; meanwhile, his friends convinced him to go upstage to rap. Everyone was pumped by his performance including one of the tutors who told him never to quit rapping. Consequent to that, he started showing up at rap competitions and was winning. He started to see these as signs and began to feel inspired to release his label. He released his first song, Ibida and then the next, Martha but, he had issues with the production of the songs as he spent money to mix and master it but the result was not satisfactory. It was then he felt inspired to learn sound production himself, that way, he would know what to correct in the production of the songs.

Resuming as a 200 level systems engineering student, Ovieroghene invested his hostel fee on learning music production while he squatted with a friend of his. He eventually released his third song, GP, which was mixed, mastered and produced by him; Wonder Age also featured in the song. The song was a major turning point for him due to the audience he got through it. He wanted to work off knowledge and he realized that music is what is for him. He received motivation from friends, his parents and even the renowned Chimamanda Ngozi Adichie.

Crossing from science class, he went back to study and wrote WAEC. He applied for JUPEB again this time at Obafemi Awolowo University. Completing the program as one of the best, he gained admission into Babcock University to study the course of his choice. He has since then been releasing hit songs such as Boxed up, Time. 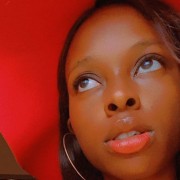